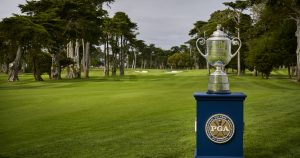 The first time you heard about Tiger Woods and other top golf players was probably during the major golf championships. But what are the most important men’s events in golf?

The four most prestigious events in golf include the Masters Tournaments, the Open Championship, the PGA Championship, and the U.S. Open. All these championships are held annually.

Players with the Most Majors in History

Jack Nicklaus and Tiger Woods have the most victories under their belts, having achieved 18 and 15 majors respectively.

Not long ago, the Amateur Championship and the U.S. Amateur were also considered as majors. A total of 451 majors have been played to date.

Only 223 men have had victories in these prestigious golfing events.

A ‘grand slam’ is recognized when a player wins all four majors championships in a calendar year. No player has ever achieved this.

Tiger Woods came close in 2001, however, when he held all the majors at once. Woods had won the PGA Championship, the Open Championship, the U.S. Open in 2000, and the Masters in 2001. This feat has since become known as a ‘Tiger Slam.’

Only five men have been victorious in all four of the majors: Nicklaus, Woods, Ben Hogan, Gene Sarazen, and Gary Player. This feat is referred to as a ‘career grand slam.’